Do you hesitate to take leave? Do you feel the need to jump through hoops in order to enjoy the leave your job entitles you to? Do companies benefit when their employees don’t take time off? 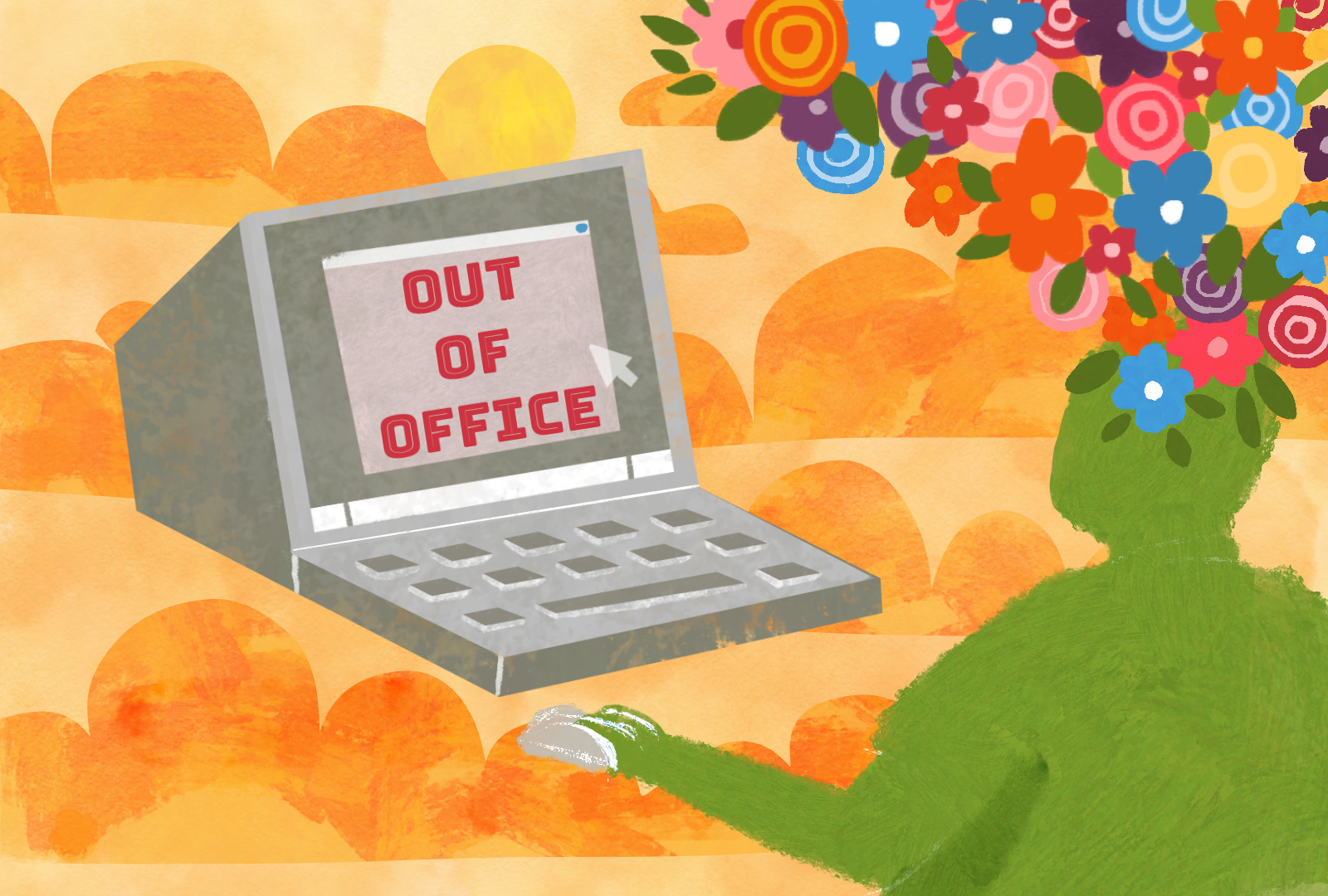 This story is personal. I have a career spanning 14 years (that is roughly 5200 days). Yet, I can count the number of times I must have taken leave from work (I can safely tell you I have taken under 365 days or a year during this long journey). I still hesitate to take a leave of absence, even when I am sick. I write this, as I am recovering from a bad bout of the flu, yet hesitating to give my body enough rest.  I have been reflecting on why I have been so hard on myself when it comes to taking a day off.

The following occurred to me:

I had to dig deeper (I am sure I am not alone in my hesitation) - I spoke to my friends (mostly women) and also scanned through the net and found this - only 44 percent of American women use all of their annually allotted vacation time, compared with 48 percent of men, according to Project Time Off. Further, during covid19 another report suggests that only 1 in 5 women (in the US) worked for employers that paid for emergency leave and it is now quite publicly known that many women (globally) had to leave their jobs during the pandemic due to child care and added responsibilities at home. Why are we talking about this? Simply because taking a day off is hard and most workers (especially women) do not take the required number of paid leaves. The pandemic further changed leave patterns, making it harder to call in sick (what an irony).

How has the pandemic affected employee leave patterns?

In 2020, the average workday lengthened by nearly an hour, according to a working paper published by the National Bureau of Economic Research. Despite the longer hours, workers were taking less breaks as well. Some of the patterns that CHROs observed during the ebbing and waning pandemic include:

Before we speak about the initiative itself, it is important to understand that nuances exist in demographics, industry sectors and the age of an organisation itself. For example, if there are younger employees, they might require different kinds of holidays than their older counterparts. Industrial organisations might be different from the services sector. If an organisation hires more women, their policies might cater more towards that demography. That said, during the pandemic, organisations had to continuously innovate and iterate.

Andrew Gobran, who leads People Operations at Doist, a fully remote company behind Todoist and Twist, shares how the company rebranded its sick leave policy (consisting of 12 days) during the pandemic to a ‘Health Days policy’ to expand the perception of sick days and allow people to take off even if they are burned out and not really ‘ill’. Further, the company has an annual 40 day PTO (paid-time-off) policy (including National holidays and festivals) that caters to its employees across the globe - earlier this was a 25 day policy and that did not work for its global workforce - and the company is learning to be more flexible to cater to its remote employees.

Meesho came up with a pet adoption leave - their Slack channels were abuzz with pet parents discussing their pets (dogs, cats, birds and more). "The context is different with different companies. We have to pay attention to what our people want," says Ashish Kumar Singh, CHRO at Meesho. Further, the company has special leaves - those that mean a lot and people remember them and feel good - wedding leaves, sibling wedding leaves, child adoption leaves,  grieving leaves - these might be one-time events, but it means a lot when the company gives their employees special leaves.

The Covid19 situation made companies adapt their leave policies. ‘People do want flexibility when they/ their families are impacted. They want paid leaves. We had caregiver leave, a day free of meetings every week, of course leaves for Covid19 itself’. Currently, the company is working-from-anywhere and Ashish says they are closely watching how the situation pans out.

Aashish Punjabi at OnJuno leads Talent Acquisition for India and the United States. He shares two particular experiences. One, the company had an unlimited leave policy and it turns out an employee took 45 days off - the company later figured this person was moonlighting (working for more than one job). Therefore, they have learned to conduct reference checks on a prospective’s leave taking behaviour to be doubly sure. They are also more careful about unlimited leaves. Two, since he hires for both India and the U.S, he has seen a stark difference in leave taking behaviour. People in the U.S. take less sick leaves, but more blocks for two-three weeks to travel. That trend is now catching-up in India. Further, in the U.S. workers prefer more flexibility. The company is now working on a handbook to incorporate all their learnings and create flexible employee-friendly policies.

Sravan Rajnayan, Head of Global Human Resources, Signeasy, brings out some interesting observations. ‘Two years of the ongoing pandemic have given people 20 years of fatigue,’ he says. Hence, it would be barbaric for companies to limit the number of sick leaves (like they did earlier) or even restrict people from taking leaves. Instead, every organisation should work with ‘radical candour’ and encourage their employees to take self-care leaves and also to digitally detox. People these days are constantly connected and do not turn off notifications even over weekends, hence companies have to be flexible. Another point he highlights is that of compassion. ‘No one talks about workplace-grief that much, yet most people have lost something/ someone over the past two years,’ hence companies cannot be harsh on employees anymore. Signeasy has policies around - no-meeting-Wednesdays (where employees are allowed focused time), self-care leaves (no cap on number) and they are soon going to experiment four and a half day work weeks. Says Sravan, ‘earlier company policies around leaves are passe; now the larger message from companies should be that it is OK to take time-off for yourself.’

At Springworks employees are paid for workcations and many of them take leaves before or after and travel across new cities. "We have an innovative auto-approval system for leaves that are applied for in advance," says Kartik Mandaville, CEO at Springworks. The insight here is that employees hesitate to take off if the approval process is complex and Manager-dependent. Kartik believes companies must follow the most employee friendly leave policies and if they are confusing, employees will end up not taking leave.

State-wise leave policy: The number of leave entitlements in a company depends upon the State you are in. Every State has different leave entitlement and leave policies which should be seen before one defines the leave policy. Leave policy of a company cannot be less than that mentioned by the State’s shop and establishment act. The thumb rule here that many companies follow is to go with the State that has the most flexible policies as the benchmark of leaves increases. Generally all State Legislations have common provisions for major events. They provide at least seven holidays for national and other festivals. Similarly a minimum of seven days casual leave and 14 days sick leave is provided to employees. For more information and a State-wise break up, read here.

Maternity leave: The Maternity Benefit (Amendment) Act 2017, which was passed by the Rajya Sabha in the year August 2016, has now also been approved by the Lok Sabha in the same year, March 2017.

Some important changes under the new law:

Important note: Different States have different maternity leaves too. There is dispute however, on increasing leaves for a commissioning mother and also an adoptive parent. Further, most companies give only 5-15 days for paternity which is deemed not enough (there is no formal regulation around paternity leaves in India). There is also no allowance for same-sex couples’ maternity/ paternity leaves, but the Law is making amends. Some companies already have already taken a lead (like Procter and Gamble) that has introduced parental leaves for same-sex partners.

No. Though, the history of leaves is murky and it took 100 years to even come up with the concept of a weekend. Further if one were to study the evolution of sick leaves, it has a similar grey past where many employers discouraged employees from taking sick days off to increase productivity. However, in our times (luckily), contrary to popular opinion, employees that take more time off tend to have higher; not lower performance ratings (HR mythbusters Report by Hubspot). One study further found that employees are more inclined to take time off, if encouraged by their managers, also if managers set the right example and take time off, themselves.

Further, unlimited paid time off does not work. The same report goes on to elaborate that with an ‘unlimited time-off’ policy, employees average at 13 days instead of 15 (when a company does not have such a policy). Hence, the best measure for leave is utilisation and how many days does an employee take off. Policies should be built around encouraging employees to take their paid time-off, not otherwise. It helps with long-term retention and happiness if employees are fully rested and not overworked.

For an organisation, you simply have to listen to employees. Parity’s Inclusive Leave Policy Report suggests the following framework to make leaves inclusive across.

Says Ashish of Meesho, “Going forward it might be recommended to give people points for benefits (leaves, insurance, perks - each benefit comes with points). People can use these points according to their life-situation. Employees can assess the best bouquet of benefits for themselves, making benefits extremely personalised.”

Therefore taking a day-off is not bad at all. if you are an employee/ a manager or founder, go on, take that day-off. After all, you are getting paid for it. 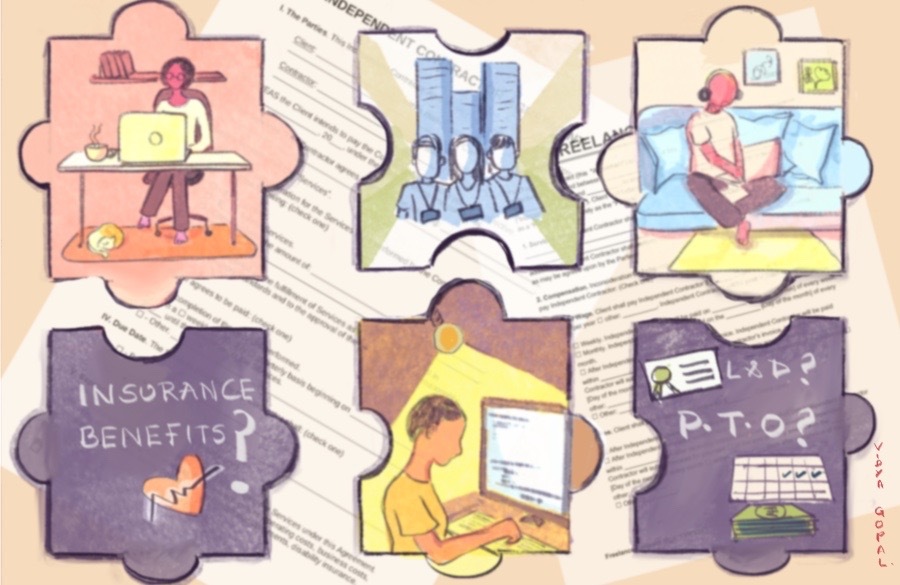 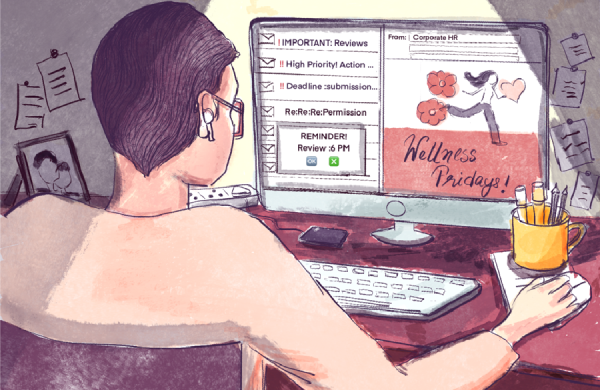 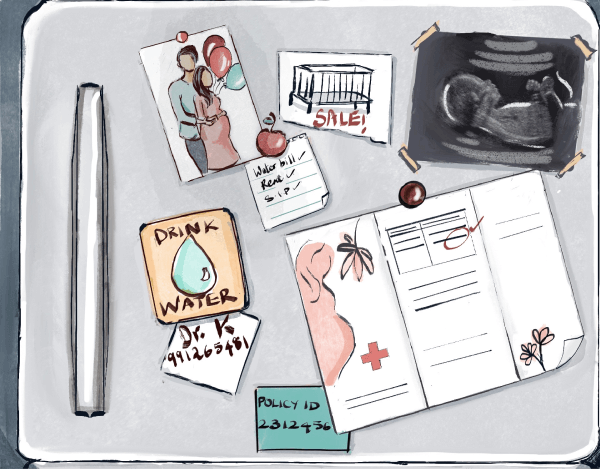